Proactive Solutions that should be implemented to reduce crime and unwanted activity. Design the enviroment for safety and security. Designated consultants that will asses and suggest solutions
< 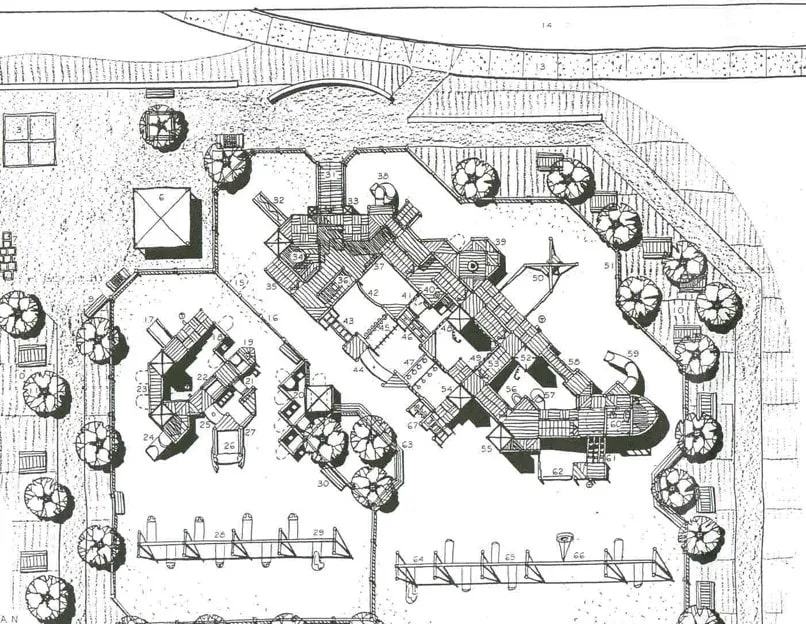 The Five Pillars of CPTED

There are five overlapping pillars of crime prevention through environmental design:

The first two limit the opportunity for crime, the third encourages a degree of social control, and the fourth and fifth grow the community?s ability to impede crime via their activities and connectedness.?

This pillar is built upon the idea that ?more eyes are better than none?.?

By increasing the visibility of your property ? outdoor lighting, clear sightlines, low fences and shrubs ? you increase the chance that a friend, neighbor, or even stranger will see a crime happening and intervene or report it.?

Sometimes those lines get a little blurry. Natural access control makes a clear distinction between the two with signs, fences, and other barriers. When it?s clear to everyone where people should and shouldn?t be, it stands out when someone ignores those conventions.?

People are generally going to respect the property of others. And when?everyone?knows it?s your property, they?re going to be mistrustful of anyone else using it.?

Well groomed landscaping, fences, lighting, clearly marked boundaries, walkways, and?home security cameras?broadcast to the world that this is?your?property, that it is owned and cared for, and it?will?be defended against invaders.

When you promote legitimate use of a space by legitimate users, you have more people around with more eyes on the surrounding area.?

This increases the risk of detection for would-be burglars.?

A neighborhood park overgrown, rusted equipment, and poor lighting will eventually start attracting people to use it for drugs, drinking, or other inappropriate uses. The houses around the park are at increased risk simply because of their proximity.

But a park with regular sporting activities, picnics, and other legitimate events not only helps keep away the nefarious crowd, but has more eyes on the street if they do show up anyway.

A well maintained property is going to attract fewer would-be criminals than one that is ignored and falling apart.

A neighborhood full of broken windows and graffiti is going to attract a very different crowd than one that is scrubbed clean and regularly repaired.

If a property looks ignored and abandoned, people will treat it that way. The same applies to a neighborhood as a whole.?

When everyone is actively involved in taking care of it, it fosters a strong sense of community, connectedness, and looking out for one another.??????

Why CPTED Is Worth It

Once problems and solutions are identified ? and CPTED strategies are applied ? communities become more stabilized, crime is reduced, and residents?become more invested in the community?s quality of life.

People feel safe spending time outdoors ? which means more eyes and ears on the street ? and there?s a greater feeling of community and belonging. Everyone is looking out for everyone else.

Studies have found that CPTED implementation?resulted in a 30-84% drop in robberies.?

?CPTED is essentially the premise that people with malevolent intent want to be clandestine and don?t want to be detected or observed. We can change the built environment to make them more observable, thereby creating fear that they?ll be caught either during the incident or afterward.? ~Sean Ahrens, Security Market Group Leader, Affiliated Engineers

Crime is never going to go away, but we can take proactive steps to reduce it or?stop it?before?it happens?using CPTED solutions and strategies.??

Fortification used to be the only option to protect yourself, your family, and your property.?

High walls. Locked gates. Strong doors. Bars on windows. Maybe even a guard dog or paid security personnel. There?s a reason why the aristocracy chose to live in castles.

Then, in 1853, Reverend Augustus Russell Pope patented the world?s first security alarm. He sold it to Edwin Holmes, who went on to launch a successful security business in both Boston and New York City.?

Better home security was finally available to the masses.

The modern security alarm has evolved since then to include motion sensors,?live video streaming, 2-way communication, and more.?

Security systems have gained in popularity and affordability in the 150 years since, and they?re now a standard and effective way to protect your property.?

In fact, a?home?without?one is 300% more likely to get burglarized.?

The good news is that burglaries in the United States have been steadily trending down from a high of 3.2 million in 1991.?

The bad news is that there are still over one million each year, resulting in?$3.4 billion in economic losses.

Starting in the early 1960s, various concerned individuals started looking at property crime in a more holistic way. Why does it happen, and how can it be prevented???

?The physical environment can exert a direct influence on crime settings by delineating territories, reducing or increasing accessibility by the creation or elimination of boundaries and circulation networks, and by facilitating surveillance by the citizenry and the police.? ~Schlomo Angel

Architect Oscar Newman came up with the ?defensible space? approach, while criminologist C. Ray Jeffery coined the term ?crime prevention through environmental design? (CPTED) for his book released in 1971.?

Later theories ? including the ?broken windows? theory from James Wilson and George Kelling ? built upon those ideas, giving us the modern structure of CPTED.?

Crime prevention through environmental design is a philosophy that encourages the use of?deliberate?design elements to eliminate or reduce criminal behavior?before?it happens.

The greater the risk of a would-be criminal being seen or caught, the less likely they are to commit a crime. CPTED strategies force someone to think twice before breaking the law, and that?s often all it takes to convince them to move on.

If you?ve ever chosen a well-lit street over a dark one on your way home at night, you?ve experienced it.?

If you?ve installed motion sensors outside of your home, you?ve used it.?

If you?ve participated in Watch programs with strategically placed signs around the neighborhood, you?ve lived it.?

It?s proactive rather than reactive.? 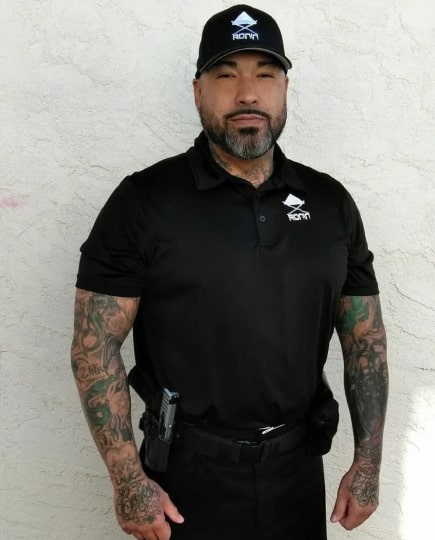 Although new to servicing the cannabis industry, we continue to develop solutions for our clients to keep their assets safe 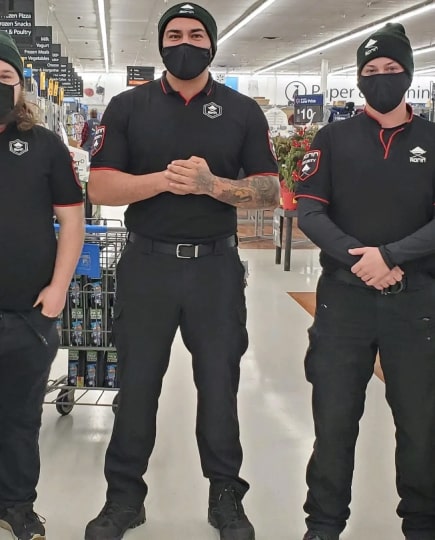 Clothing and Grocery stores are our favorite! We continue to lead the industry in retail security with licensed and trained armed and unarmed guards 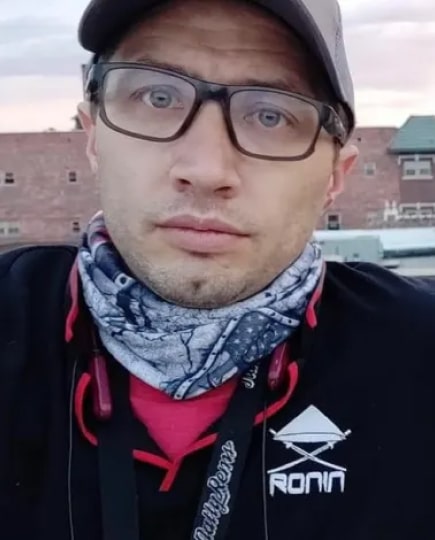 The many duties of guards securing hi-rise buildings can not be over looked. We provide the proper personnel and ongoing site training to ensure safety and high level performance 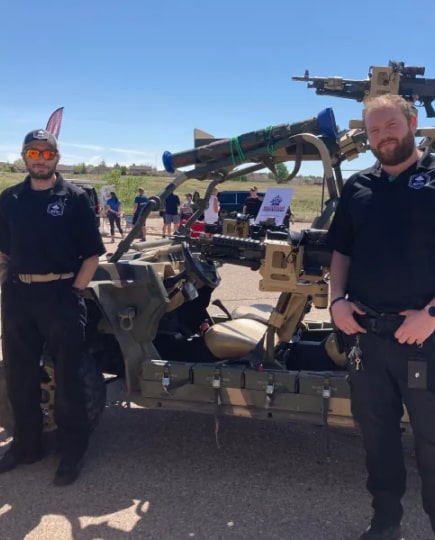 We help you plan and consult for events while also providing well trained personnel for roving units, gate access control, inspection, medical, and other positions required for large events 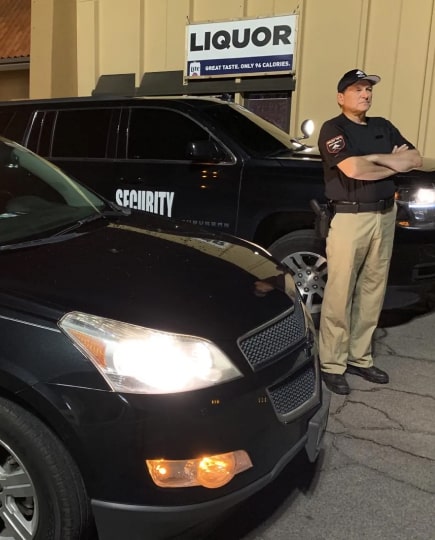 Our first permanently marked patrol vehicle just began its first route but we are not strangers to the concept. Reach out to get set up with our patrol stops 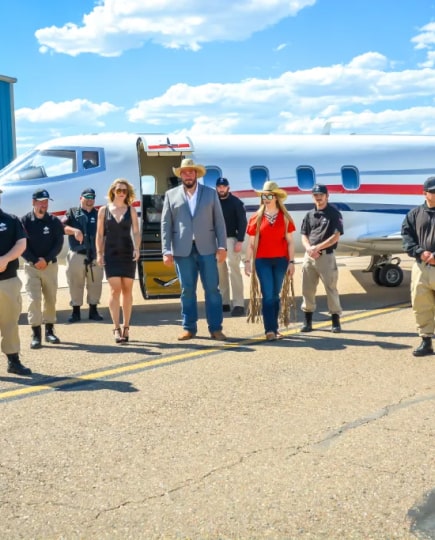 (We do not service athletes or entertainers) 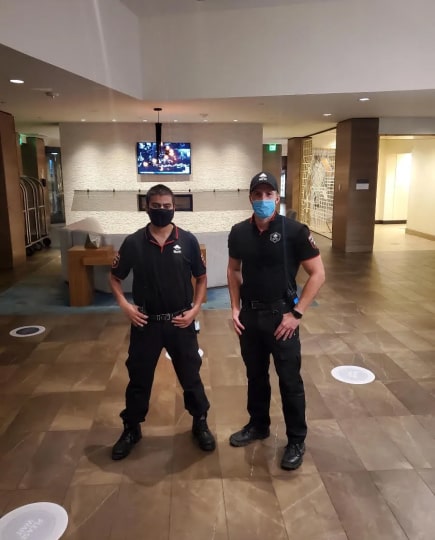 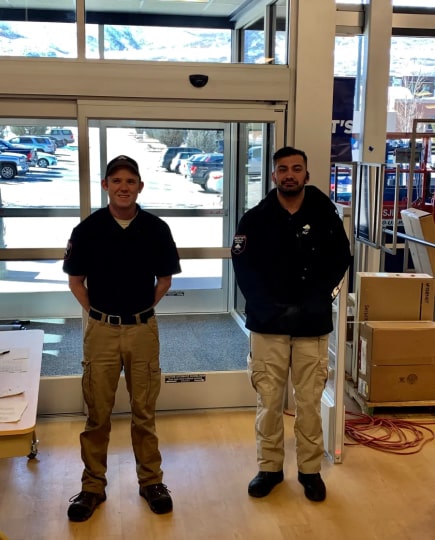 Being a leader in retail security means having the skill set to serve all needs. When requested, our guards receive advanced loss prevention training that can be instituted when applicable and approved by you 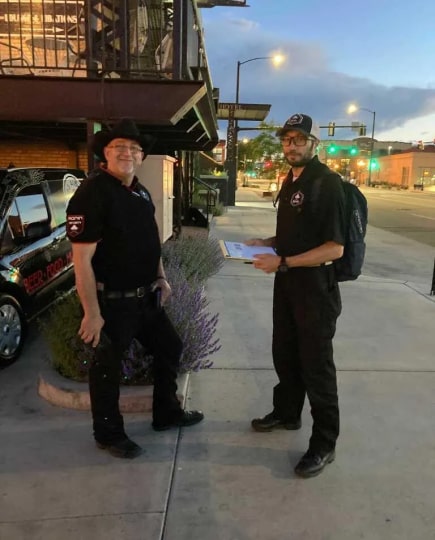 Large or small, inside or outside, and in any weather, our guards are prepared to secure your property and assets 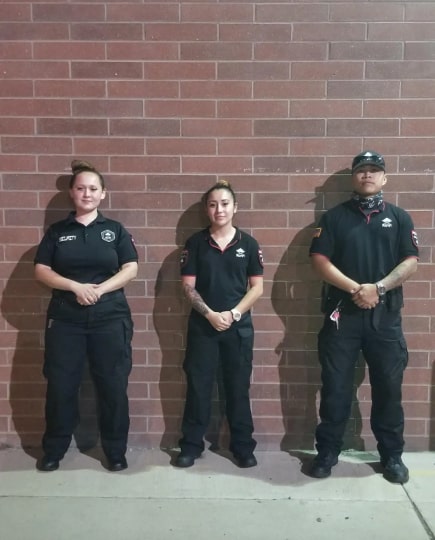 Should you experience lack of security alarm systems, or fire alarm systems for any reason, we have teams on stand by to monitor your assets in place of the system 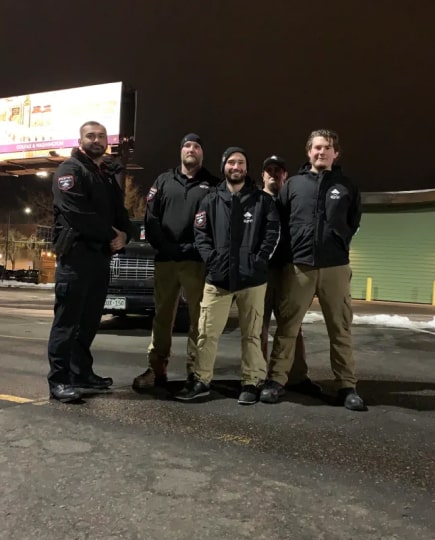 Planning an event or share parking space with someone that is? Secure your parking with attentive vigilant guards 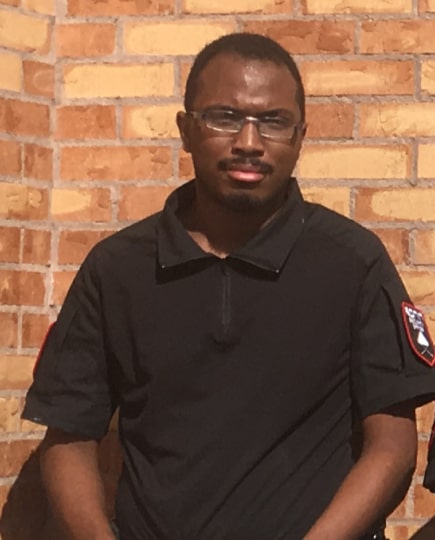 Whether you require one or several guards, museums require excellent social and perceptive individuals that we can provide 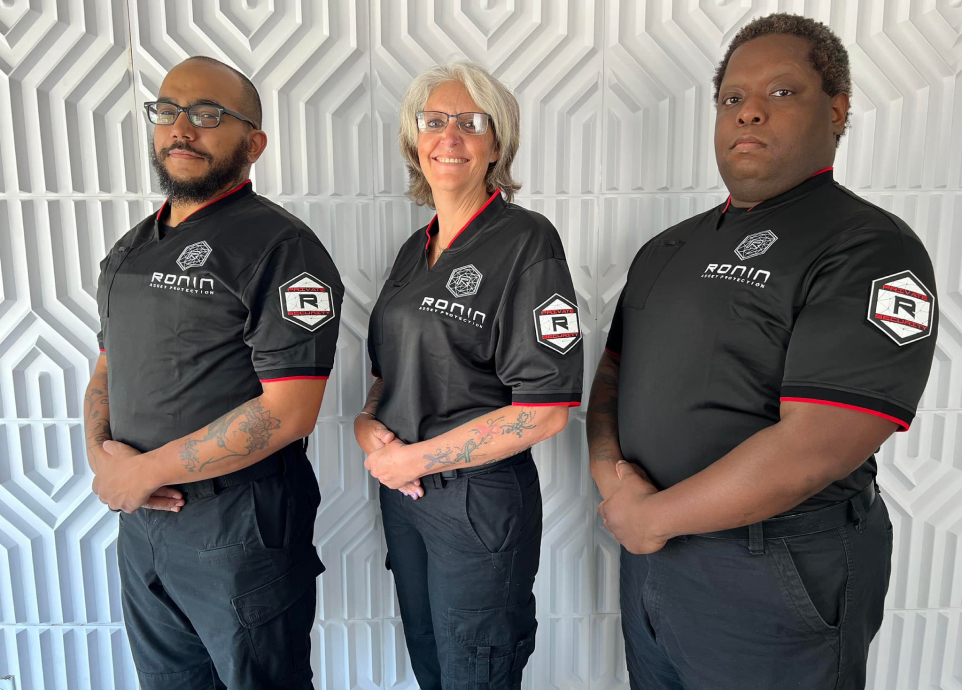 Our training manager, leads the Terraguard Training Academy team. Personnel spend much more time training at the academy, than what competitors offer. Advanced courses for continued education and furthering their career are also offered

Ronin's management team consists of relentless perfectionists. This is a defining factor in the excellence of staff management

All revenue is focused on the improvement of staff and their tools. Ronin makes their own uniforms for guards, orders specific gear, invests in state of the art training programs, high end equipment, pays staff for training, and offers unmatched amenities